Create an Account - Increase your productivity, customize your experience, and engage in information you care about.


The park also offers 120 miles of hiking trails, many of which reach the granite peaks and 45 miles of gravel carriage roads enhanced by 16 stone bridges.   The National Park Service maintains two campgrounds (520 sites) and five picnic areas on Mount Desert Island.  Special attractions include Sand Beach, Thunder Hole, and a scenic road to the summit of Cadillac Mountain (1,530 feet), which is the highest point on east coast of the United States.  The park receives approximately 2.5 million visits per year with 75 percent of the visitation occurring between June and September.

The existence of the Park is due to the efforts of former year-round and summer residents, such as George Dorr who, in 1913 with others, acquired 6,000 acres which became the nucleus of today’s Acadia National Park.  Another noted benefactor was John D. Rockefeller, Jr. who personally acquired and donated 11,000 acres of forest, shore land and scenic areas to the Park.  Mr. Rockefeller also financed, had constructed and then donated the 51 miles of Carriage Paths to the Park, to ensure that the automobile would not undermine its natural beauty and tranquility. 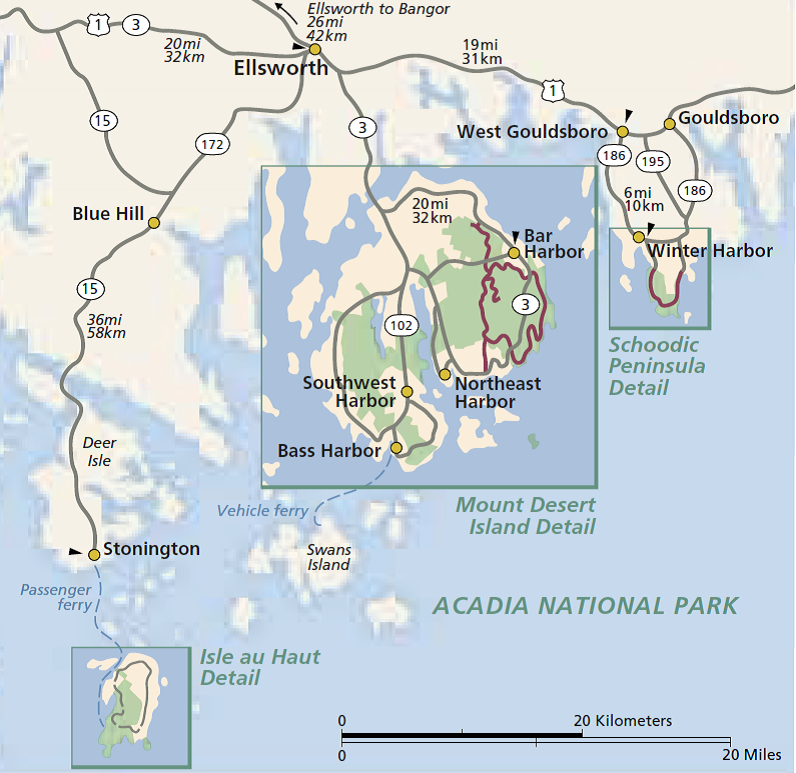